The holocaust of Hindus that hasn’t found a place in History books!

The holocaust of Hindus that..

This foreigner inspired the “Revolutionaries..

The main aim of the Portuguese was to imprint the Christian ideology into the Indian Territory. Although the inquisition Act of 1560 was cancelled in the year 1774, huge damage was done to Hindus of Goa and all those supported Hindus and India.

Goa had large number of population which constituted of Sephardic Jews who had fled Iberian Peninsula to save themselves from the Spanish inquisition, Indian Muslims, Indian Jews whowere all affected badly for supporting the Indian state.

The Goa inquisition act passed many anti Hindu laws, which said that Christians in Goa were not allowed to keep Hindus as their employees, the public worship of Hindus was considered illegal and unlawful.

Cruel laws were passed which banned Hindus from using Indian musical instruments and clothing. The Hindu temples were destroyed and large number of people were converted to Christianity. Missionaries were installed in Goa which mainly dealt with conversion of Hindus. In the process, large number of Hindu ancient scripts were burnt and replaced with Christian books.

Orders were also passed that children who were orphaned were suppose to be taken immediately by St Paul’s Society of Jesus and baptized. But this order was not just followed for orphaned kids, but many Hindu kids with parents were being kidnapped on a regular basis to be baptized. There were many complainst of missing children during their rule. Finding no means, Hindu parents started to smuggle their kids out of Goa to save their children from getting kidnapped and converted. 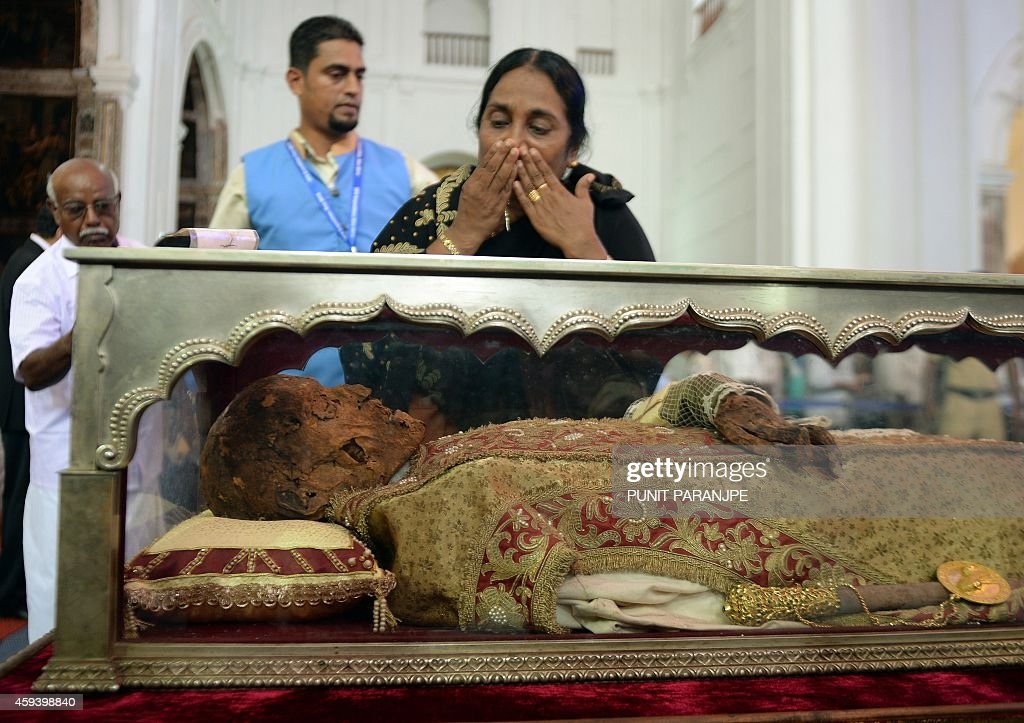 This enraged the Portuguese who again introduced more laws to insult and humiliate Hindus. They barred all Hindu Pandits, and physicians from entering the Capital city on horses or palaquins. Christians were forbidden from carrying Palaquins of Hindus. They also barred Christians working under Hindu landlords and Hindus who hired Christian workers were brutally punished.

During those days it was a common practice for the Christians also to consult Hindu Pandits for auspicious dates for starting something new. Those Christians were also punished for talking to Hindus. The Hindus were so frustrated that thousands migrated from Goa to other parts of the country.

The punishment for Hindus was very severe. The Portuguese deliberately introduced new techniques of torture to bleed Hindus. Techniques of torture included, burning the feet using Sulfur, immersing people in water until they died struggling. People were tied to a wheel called strappado and were pulled slowly until their joints were dislocated which caused unbearable pain. This was particularly the most popular and favourite technique for the Portuguese.

Thumb screws and leg crushers called Spanish boots were used. Boiling oil was poured on their legs, and sulphur was poured with candles lighted beneath their armpit. This torture continued until the victims gave up and agreed to convert and confess. Those who never confessed were burnt alive or strangled to death. They were also burnt in public to scare people.

They kidnapped people and were forced to eat beef and pressurized them to convert.

The sad part is after the British took control over India, they completely distorted the Indian history and projected our country followed medieval and illogical practices. The missionaries started to flourish in every part of India. The worst parts which were affected was the North-eastern region and Goa. The introduction of Christian prayers in schools was started during the same time.

In places like Nagaland, Hindus were banned from celebrating festivals and Durga pooja. The slow and steady conversion of people to Christianity lead them to demand a separate country for themselves, National Liberation Front of Tripura, a terrorist organization came into existence which demanded to liberate Tripura from India. The Baptist Church of Tripura started supplying guns, ammunition and weapons to these terror organisation to create unrest in the state.

Their main agenda was to convert the entire land into Christian territory. Infants were killed and women were taken as slaves. They always attacked Hindu dominated areas and burnt the houses of Hindus in large numbers. A total of 13,000 Hindus were murdered during 1990’s before the terror group split and majority surrendered to the Indian Army. The Baptist in Manipur also performed same act of murdering Hindus and Bnei Menashe Jews of India forcing them to convert to Christianity.

These atrocities was also committed in the Fiji Island. The Fiji Island had 38% Hindus in late 1990’s, but the rebels and the Christian groups had attacked all Hindus acquired their lands. The native Hindus were denied of every rights in their own land by the Methodist Church of Fiji.

The same trend has been continued even today but in a very subtle fashion. Millions of dollars is being poured into conversion programs which mainly target illiterates, poor, tribals and rural areas. Missionaries promise them of providing jobs, food and convert them into Christianity.

What happened to Bhagat Singh’s family after he attained martyrdom? Did they reside in India after 1947?

How is the Indian Armed Forces regarded by other countries?

21 deadliest warriors of Indian defense! Be proud of these 21 “Param Veer Chakra” awardees

He went to England and waited for 21 years to kill a British Lieutenant Governor who was responsible for the death of thousands of Indians!

Several RAW agents were killed due to the betrayal of this former Indian Prime Minister! You are wrong if you think that its Nehru or Indira Gandhi

Why was Nepal never invaded by British or Mughals ?14K Total Shares

Which are the 10 most powerful military powers of the world, check which position India stands!13K Total Shares

Who was the great person who prevented India from becoming a military ruled country to the world’s largest democracy?7K Total Shares